In Defense of Witch Trials

Ugandan Christians find themselves combating "members of the country's new elite [who] are paying witch doctors vast sums of money... in a bid to increase their wealth" — Where child sacrifice is a business. 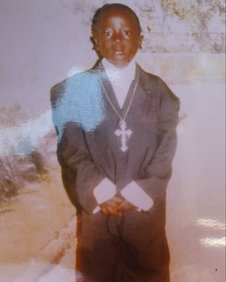 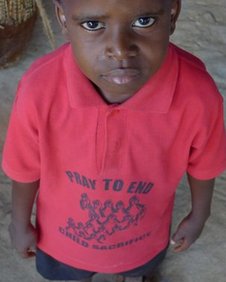 "Child sacrifice has risen because people have become lovers of money," Pastor Peter Sewakiryanga Kyampisi Childcare Ministries church is quoted as saying. "They have a belief that when you sacrifice a child you get wealth, and there are people who are willing to buy these children for a price," says the clergyman. "So they have become a commodity of exchange, child sacrifice has become a commercial business."

Leaving aside the fact that in our modern, advanced, enlightened Western world, child sacrifice also has risen because people have become lovers of money and has become a commercial business, one can't help but think back to the Witches' Sabbaths of early modern Europe and America, at which contemporaries reported that "human flesh was eaten... preferably children."

Likewise, Witchcraft was almost unheard of during the Age of Faith, when our Europe was firmly in the care of Holy Mother Church. It had been known in the pre-Christian times that Wicca wants to reanimate, and only re-emerged with the upheavals resulting from the Protestant Reformation.

Popular opinion, as shaped by fools like Dan Brown, is quite confused about this era in our history. Inaccuracies in The Da Vinci Code include the baseless assertion "that the Church burned at the stake five million women" as witches. History tells us that at most a twentieth of this number were executed in this manner for this same crime, that among them men were included, and that it was not The Church but several ecclesial communions and civil bodies that carried out these executions.

But all this, however true, is utterly beside the point. Few would argue that child sacrifice is a crime undeserving of harsh punishment. If modern-day Ugandans would have good cause to try and execute witches, why not our own ancestors? We owe them at the very least the benefit of the doubt.

I am reminded of something C. S. Lewis wrote in "Mere Christianity" -

"…one man said to me, “three hundred years ago people in England were putting witches to death. Was that what you call the Rule of Human Nature or Right Conduct?” But surely the reason we do not execute witches is that we do not believe there are such things. If we did–if we really thought that there were people going about who had sold themselves to the devil and received supernatural powers from him in return and were using these powers to kill their neighbours or drive them mad or bring bad weather–surely we would all agree that if anyone deserved the death penalty, then these filthy quislings did? "

"the baseless assertion "that the Church burned at the stake five million women" as witches. History tells us that at most a twentieth of this number were executed in this manner for this same crime,"

"surely we would all agree that if anyone deserved the death penalty, then these filthy quislings did?"

In which case no one would would be deserving, because the Church for the most part attempted in the past to prevent the penalty of death for witchcraft.

But yet the Church did not attempt to prevent death for other crimes such as murder.

I disagree with you about witch trials, which are mainly concerned with false accusations, which I've explained more fully in my blog post at Notes from underground: Where child sacrifice is a business. Nevertheless, I tip my hat to you several times.