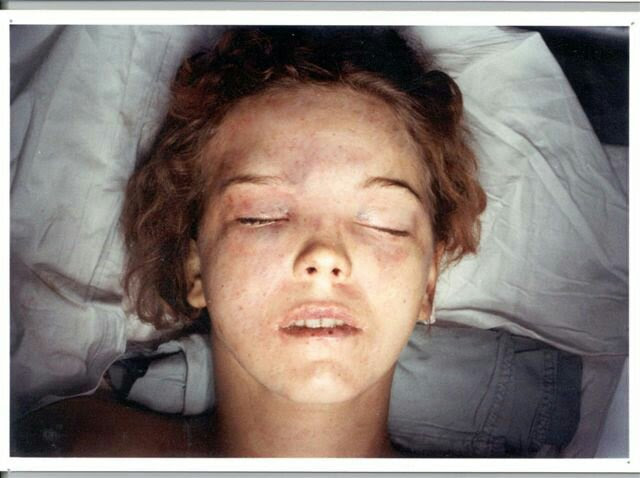 Found murdered in a Caledonia, New York in 1979, the Floridian girl buried locally under a gravestone marked "Unidentified Girl" has finally been identified — 'A huge, huge day for Tammy Jo'.

It’s somebody’s child. She deserved better. We always knew we would it, we had it. We always knew the Internet would help. We had flooded the Florida area ... but nobody cared. It was so important to at least give her the name and the decency of a human being. Obviously, her parents never gave her that.

A moving article on the locals who performed Corporal Works of Mercy for this unidentified girl by giving her a decent, Christian burial and making annual pilgrimages to her grave — They never stopped caring for Tammy Jo.

"We’re going to engrave her name on the stone,” said York. Our Christian civilization cares for its dead. Rest in peace, Tammy Jo.

posted by Iosue Andreas Sartorius at 9:40 AM (Permalink) Comment (3)

A sad yet encouraging story that raises more questions than it answers. How did they visit her grave on her birthday when they didn't know who she was?

Who were her parents, how was she identified, and when and where did she disappear from? What schools did she attend? Didn't any school friends comment on her disappearance?

PS. I've just read a novel set in your area, I think. It wasn't a very good one. My review here: The Lake of Dreams (book review) | Notes from underground

I had the same question about her birthday, too. I think it was a local reporter's error. May he meant the anniversary of her burial.

The small town sheriff took it personally all his life. I heard him on TV say, his voice breaking with emotion 35 years later, "How could anyone just throw a child away?"